The Importance of Wampum Belts in the Haudenosaunee Culture

The Importance of Wampum Belts in the Haudenosaunee Culture

Wampum beads are powerful symbols of the Haudenosaunee culture. They played an important role as it helped them keep record of important stories and the ideas. The word wampum came from the Algonquian word wampumpeag meaning white shell beads. Originally, white and purple were the main colours of the wampum beads due to the natural formation of the Quahog shells that were used. Since only two colours were originally used for the wampum beads each colour has a strong importance. White wampum symbolizes health, peace or purity and prosperity whereas purple wampum meant hostility, disease, death, and sorrow. When these beads are strung they would convey an even stronger message. 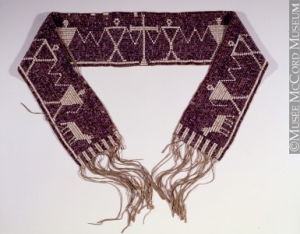 Figure 1.  Iroquoian belt from the Mohawk nation from the 18th century

Wampum beads were not only used to make belts but also jewellery such as necklaces, and bracelets, and also ornaments on clothing. Not only were the wampum beads significant but so was the string that held the beads without the sting there will be no message to convey.The belts held the most power as they had important stories attached to them that would be passed from one generation to another a way of preserving their history and culture. These wampum belts are one of the numerous ways that Haudenosaunee people communicate through generations. The Haudenosaunee culture is centred around oral stories since very little was recorded, however wampum belts served the same purpose of a recording tool. Before the arrival of the Europeans, wampum belts were mainly used for politics, ceremonial use and to heal families from their wounds caused by the death of a family member.

Even though wampum belts are material objects, they acted like important figures that made sure that promises were kept. When wampum belts were used for ceremonies it verified what took place, such as assuring proper succession and elections and also fair installations of officials. The power of the wampum belts was so great that it was responsible for keeping a fair political system in place for the Haudenosaunee people. Even before the arrival of the idea of treaties which was brought by the Europeans, wampum belts operated like treaties for some. For all of these different events, the wampum belt sealed deals that were made, acting like a signature which is what kept the promises that were made for both sides of the party. Keeping your words was very important for the Haudenosaunee people because it not only created a safe environment and trust among the people, but there was clear evidence of the agreement.

In the Haudenosaunee culture wampum was used in ceremonies to heal families from their wounds caused by the death of a family member. Although, the decrease of Quahog shells caused changes in cultural practices. The Haudenosaunee people feel that it is momentous to prepare the dead for their journey to the new world.  The spirit of the dead person must be supplied with key objects by family members and friends to help the spirit reach the Sky World.  Items would include weapons, food, clothing, household items and also wampum.  Wampum is a piece of the person’s identity without it they are not complete, that is why only personal wampum is included. Wampum had been a part of the burial process since its discovery as a shell, with very little available wampum it was omitted from the burial process.

For the Haudenosaunee people, wampum is very much a part of the social environment and also apart of religious practices. When the Europeans arrived not only was economic expansions important but so was the spread of Christianity. Another way Europeans used wampum belts to their advantage was in some villages people were forced to give up their religion and traditions by accepting Christianity. The Oneida group were forced to create a wampum belt that recorded their promise to give up their beliefs and bind themselves with the Jesuits. With the Haudenosaunee religion being taken away and changes in cultural practices, very little is left of their true identity.

Wampum belts have been very important items to the Iroquoian Confederacy. They acted as agreements and a form of communication between one another on various different levels, but at the same time they had a sacred identity attached to them that the Europeans did not quite understand. With the absence of writing, wampum belt play a crucial role in recording the history of the Iroquoian Confederacy and also cultural practices. Great changes were brought by the Europeans, whether it was through cultural clashes or through the use of force. The decrease in Quahog shells resulted in changes in the Haudenosaunee traditions. Today wampum belts act as archival sources filled with great information on the Iroquoian Confederacy.